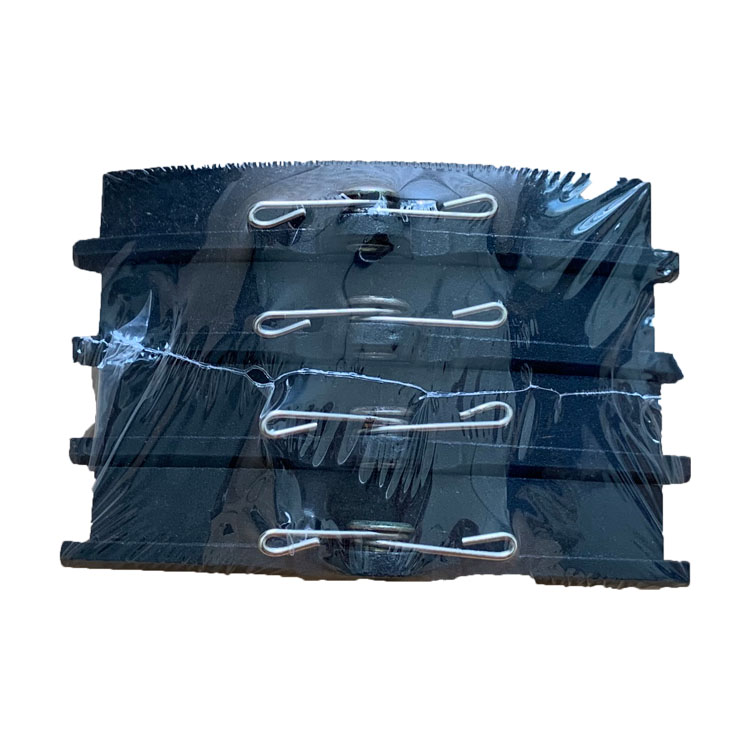 Automobile brake pads are generally composed of steel plate, adhesive heat insulation layer and friction block. The steel plate must be painted to prevent rust. The SMT-4 furnace temperature tracker is used to detect the temperature distribution of the coating process to ensure the quality.

Automobile brake pad, also known as automobile brake skin, refers to the friction material fixed on the brake drum or brake disc rotating with the wheel. The friction lining and friction pad bear external pressure to produce friction, so as to achieve the purpose of vehicle deceleration.
The thermal insulation layer is composed of non heat transfer materials for thermal insulation. The friction block is composed of friction materials and adhesives. When braking, it is squeezed on the brake disc or brake drum to produce friction, so as to achieve the goal of vehicle deceleration and braking. Due to friction, the friction block will be worn gradually. Generally speaking, the brake pad with lower cost will wear faster. After the friction materials are used, the brake pads shall be replaced in time, otherwise the steel plate will be in direct contact with the brake disc, which will eventually lose the braking effect and damage the brake disc.
The working principle of braking mainly comes from friction. The friction between brake pads and brake discs (drums) and between tires and the ground is used to convert the kinetic energy of the vehicle into heat energy after friction and stop the vehicle. A set of good and efficient braking system must be able to provide stable, sufficient and controllable braking force, and have good hydraulic transmission and heat dissipation capacity, so as to ensure that the force applied by the driver from the brake pedal can be fully and effectively transmitted to the master cylinder and each sub cylinder, and avoid hydraulic failure and brake recession caused by high heat. The brake system on the car is divided into disc brake and drum brake, but in addition to the cost advantage, the efficiency of drum brake is far less than that of disc brake.
friction
“Friction” refers to the motion resistance between the contact surfaces of two relatively moving objects. The magnitude of friction (f) is related to the coefficient of friction（ μ） And the product of the vertical positive pressure (n) on the friction force bearing surface, which is expressed as: F= μ N。 For the braking system:（ μ) It refers to the friction coefficient between the brake pad and the brake disc, and N is the force exerted by the brake caliper piston on the brake pad. The greater the friction coefficient, the greater the friction, but the friction coefficient between the brake pad and the disc will change due to the high heat generated after friction, that is, the friction coefficient（ μ） It changes with the change of temperature. Each brake pad has different friction coefficient change curves due to different materials. Therefore, different brake pads will have different optimal working temperature and applicable working temperature range, which we must know when purchasing brake pads.
Transmission of braking force
The force exerted by the brake caliper piston on the brake pad is called: brake pedal force. After the force of the driver stepping on the brake pedal is amplified by the lever of the pedal mechanism, the force is amplified by using the principle of vacuum pressure difference through the vacuum power boost to push the brake master cylinder. The hydraulic pressure generated by the brake master cylinder uses the incompressible power transmission effect of the liquid to be transmitted to each sub cylinder through the brake oil pipe, and uses the “Pascal principle” to amplify the pressure and push the piston of the sub cylinder to apply force to the brake pad. Pascal’s Law means that the liquid pressure is the same at any position in a closed container.